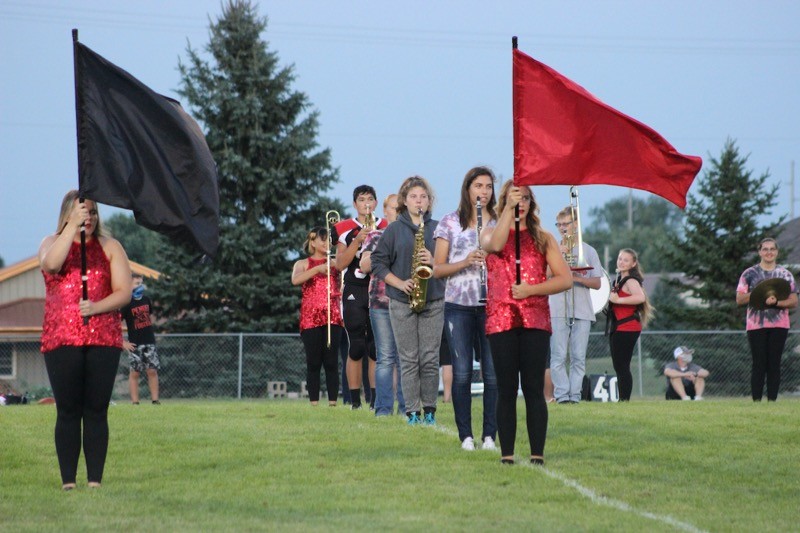 Band and Dance Team Perform at the Football Game

On Friday August, 28, the Creighton Marching Band opened up their season by performing at halftime of the football game. The Creighton Band is directed by Curtis Stevens and drum major, Samantha Crockett.

The Creighton Dance Team also opened up their season during halftime of the first home game. The dance team is directed by Debi Doerr.

Here are some pictures of Creighton's Band and Dance Team.